PLEASE NOTE: These history pages will remain for you all to enjoy but for photos & videos of speedway & motor sport events from 2013 please visit Carole's new website...http://caztex.webs.com/

PAST SPEEDWAY ACTION AT TAIPA!

Taipa is situated in the Far North of New Zealand near Mangonui
(the home of the best fish & chip shop ever...it is world renowned!) 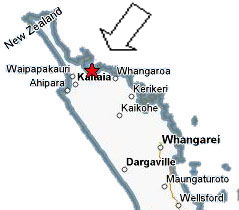 New racers and helpers are always welcome at Taipa Speedway

Club-based speedway history started in the Far North back in the mid 1980's.  In the late 1980's racing began on a track at this present site.  This would not have been possible without the full backing of the Poharama Family. With their help this start led to the formation of the Taipa Stock & Saloon Car Club.

In the early days the track was likened to 'two straights joined by a hairpin at each end', and the track simply followed the lay of the land. Throughout the 1990's the track was developed to its current configuration, with the now famous 'red clay.'  This particular clay has tremendous firmness, grip, and drainage, which provides excellent traction for acceleration and cornering.....drivers call it 'awesome drivability.'

The Club became an Incorporated Society in 1999, and has continued to improve the track, the facilities in the surrounding course, and safety features for the benefit of everyone involved in the sport of speedway at Taipa.

New racers and helpers are always welcome at Taipa Speedway.  Taipa Club recognizes the continuing support of the Poharama Family.

A special thank you to Debbie Beadle and Macgor for archive photos and information, and for their help and advice in the building of this site

'This site is unofficial'

Please note these pages may reflect the perceptions and opinions of
the authors involved.